On the way to the doctor this morning. Addison enjoys early mornings about as much as I do. However, she was very cute in her rain jacket. She kept putting the hood on saying, "Lub my jacket."

When we got home from the surgery and she had finally quit screaming. She still wasn't too happy with me.

Well, today was the big day for Addison. She finally got tubes! Her ear infections were so different from Trey's. She got her first one at 3 months and then didn't have another one until she turned 1, however she has had one each month since her 1st birthday. I finally had enough of trying to force antibiotic down her throat and scheduled an appointment with our ENT doctor. The procedure went great and it was over before we even knew what happened. She screamed bloody murder when she woke up but she took a 2 hour nap when we got home. Hopefully her tubes will work as well as Trey's did and we won't have to deal with this again!
On a different note, I think I mentioned before that Addison likes to slowly let milk or water dribble out of her mouth onto the floor/people's feet. Poor Trey would be sitting in a chair watching T.V. and minding his own business and she would just walk up and spit out her drink all over him. Well, she was being sent to time out every time she would do it and she HATED going to time out and so she stopped. Or so I thought....today I was mopping while she was sleeping and kept finding random dried puddles on the floor. Apparently instead of stopping she just got smart. She quit doing it where I could see her and started going in random corners and rooms. This child is going to give me a run for my money in 10 years. (And yes, I mop often...I think she must have just started back.....at least that's what I'm going to tell myself).
This weekend is J.O.'s 10 year reunion and mine is coming up in 2 weeks! Hard to believe that we have been out of high school for 10 years!
Posted by normanblog at 9:45 AM No comments:

Well, I have officially been teaching pre-k for over a month and I haven't lost my mind just yet. However, I have to say that eight 4/5 year olds is a lot different than 1!! One thing that I noticed immediately is that these kids aren't afraid of adults at all! I mean, they pretty much do whatever they want without any fear of what may happen. It's crazy!! It makes me so thankful for the way Trey acts at school and that he actually respects adults! Other than that though it's going good. I will be honest and admit that I am still adjusting to going to work every single day. (I realize some people who have done that forever have no sympathy, but it's a huge adjustment for me!) However, the fact that I get off at 3 is great and the fact that my job ends in May is another plus!

Addison has adjusted great. She loves being on the go and doesn't cry at all anymore when I drop her off. She gets right down and starts to play. She has also shocked me at how well behaved she has been. She never gets in trouble and every time I "spy" on her she is doing just what she should. Her vocabulary has gone crazy since she started there. She pretty much communicates everything she needs to and is doing great potty training. She actually takes her diaper off when she gets home and wants panties on, but I'm just not 100% there yet! Maybe if I would just take a long weekend and commit it would be different but not yet!

Trey is loving school too. He loves his teacher and has made a lot of friends. I also love being with him outside and at lunch and occasionally when I just go in there to hang out with him! I'm starting to worry though that he won't know what to do when I'm not there next year! Well, actually I'm sure he will do just fine, it will just be me that won't know what to do! Anyone know of a school that needs a kindergarten teacher!! :)
Trey makes his teacher laugh all day with his stories and imagination. One day he had her draw his leg bright red on a picture because it was when he broke it. The child has never even had a sprain. He also wouldn't sleep today (or ever) at nap because he was laying there "pracpicing Japanese" (in his words).
Anyway, it's a hectic life but I really like it. I do miss my part time schedule but I am loving what I am doing. These kids are so eager to learn and such sweet kids. Even if they do make me want to pull my hair out!
Posted by normanblog at 4:20 PM 1 comment: 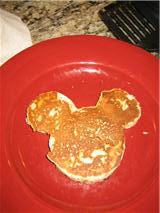 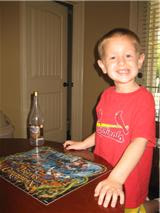 200 piece puzzle that Trey and Courtney worked on together. (mostly Court!) 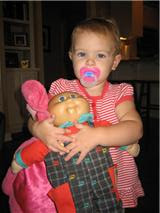 Addison's get the camera out of my face look. This baby became her best friend for 24 hours. 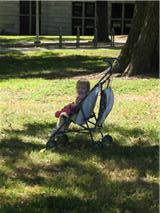 At one point we were walking around Old Main and J.O and I started talking to some people and we looked over and realized Trey was pushing Addison off the sidewalk and watching her roll down the grass. This is how we found her. Parenting at it's finest..... 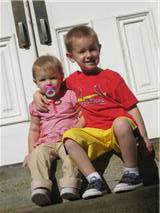 Kids on steps of Old Main lawn. Again, Addison was thrilled to have her picture taken. 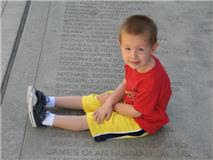 It's hard to make out J.O.'s name, but Trey is sitting right above it. So proud!! Kinda cool to see all your hard work (well, work) put down on a sidewalk!! 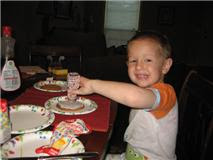 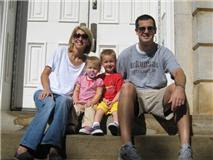 Family on steps of Old Main. At this point Trey started asking where he would live when he was here and so we started pointing out different places he may live and go to class. I seriously think the child will probably think this is the only place on the earth to go to college.

Yay Court for having your camera ready all weekend!!
Posted by normanblog at 6:03 PM 2 comments:

I realize this is another post without pics (which is boring) but I will have some pics to put up as soon as Courtney sends me some! This weekend we went to Fayetteville for the first Razorback game of the season. In this house football season is like the first day of hunting season for some. There is excitement, anticipation and sheer joy coming from J.O. on the first game day. I have to say though this year was a little more nerve wracking. I came down with the stomach bug on Friday and Addison got it too. Our plans were for everyone to head to Fayetteville Saturday morning and for Trey and J.O. to go to the game. Trey was just as excited as J.O. was. Well, being the good dad J.O. is, he felt too bad going without us on Saturday if we were still too sick or if Trey came down with it. He said he couldn't imagine having to tell Trey he was going without him.

Well, on Saturday morning I was feeling much better and Addison was 100% which is good because I noticed J.O. started getting excited and ready to leave even before we had talked about it. I'm just going to assume he knew we were going. Anyway, we headed up there and and had a wonderful time. Courtney let us stay at her house and let me tell you she spoiled the kids rotten. Especially Trey. She had a 200 piece puzzle waiting for him, a pirate patch for his eye, and bath toys. She also had all her old cabbage patch dolls waiting for Addison.

However, I also think she realized just how hectic it is with 2 kids. Saturday morning we woke up, made Mickey Mouse pancakes, decorated sugar cookies, got dressed to go to campus and the park and Courtney realized it was just 9 o'clock in the morning. She also handled it well when Addison spit out her mouthful of milk on the floor (just for fun) and screamed bloody murder when Courtney dared to tell her no. (This has become a huge problem...Addison will spit her milk out of her mouth and thinks it's hilarious when she actually gets some on people. I'm talking full mouth fulls too. Time out has been enforced a lot lately.)

Courtney may be in trouble though because J.O. and Trey are dying to go back and stay with her. Trey got pancakes, puzzles, and cookies and J.O. got football, free place to stay and bacon made for breakfast.

It was a great weekend and I can't wait to go back again! We took Trey's picture by J.O.'s name on the sidewalk and I hope one day we can compare their names side by side!!! (I have a feeling we may slightly annoy our kids one day with all the U of A talk.)